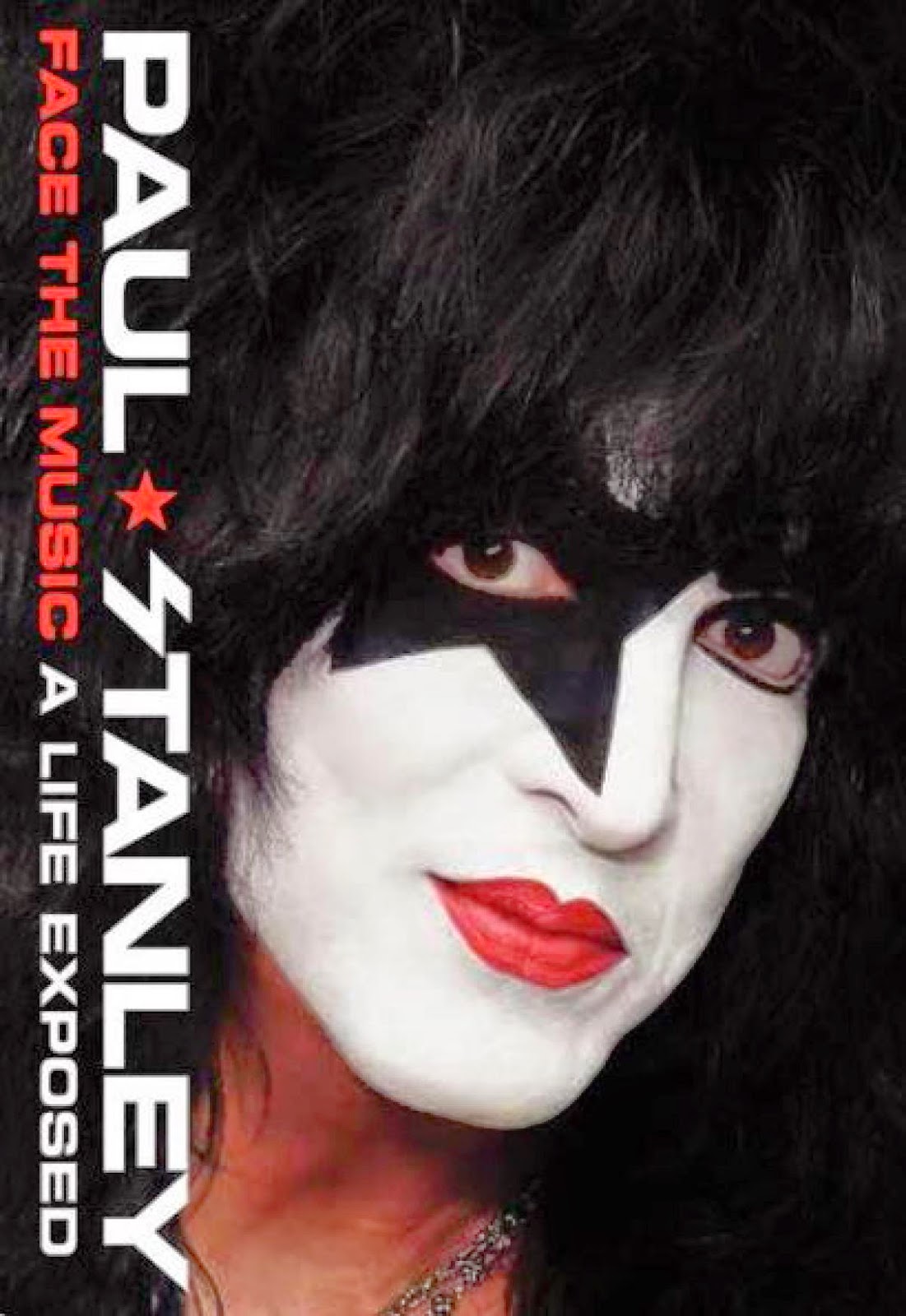 
There’s a perception that a “biography” can be more revealing than an “autobiography.” A biography, some say, will offer more insight because the subject of the book will be more highly scrutinized, while with an autobiography, the reader will only get what the subject wants you to know. With an autobiography, the author - writing in the first person about their own life - will naturally try to paint themselves in the most positive light. And really, if you were going to write a book about your time on this earth, who wouldn’t want to do that?


But as a reader, I’ll still take an autobiography over a biography any day. The best source to tell your story is you, and with “Face The Music: A Life Exposed,” KISS frontman Paul Stanley truly unmasks for the very first time. It’s a remarkable and inspiring story, and offers much more than simply further projecting the bold mage of “The Starchild,” who can still have 20,000 people in a sold-out arena responding to the snap of his fingers. Sure, we’ve all known what Paul Stanley looks like since 1983, when KISS officially unmasked from its trademark makeup. But the perceived image of Paul Stanley as the gallivant rock star and the true life of the man himself were, for most of his life, about as different as KISS “Alive!” and “Music From The Elder.”


Perception was not reality.


Stanley, his text reveals, was born with a condition known as microtia, which left him with only one ear and deaf on one side. And though, by the late ‘60s, as he grew older and it was fashionably acceptable, he was able to hide the deformity by growing his hair, that was not the case when he was a child. And that made life very difficult. There was relentless teasing from other children, which shockingly, was met with little support from his parents, who were bogged down in a cold marriage and also had a mentally ill daughter to deal with. This left him feeling isolated - a feeling that would stay with him until much later in life.


Of course, there are also plenty of interesting stories about KISS, the band he helped found and that went on to become one of the most successful rock groups of all-time. Stanley is the last of the original members of KISS to pen an autobiography, and like Gene Simmons, Ace Frehley and Peter Criss, he doesn’t hold anything back in sharing his perception of his bandmates. And though the disconnect he feels with Frehley and Criss was well known prior to the publication of the book, the text reveals, for the first time, some keen insight into his relationship with Simmons. Though they’ve remained musical and business partners for more than 40 years and Stanley sees Simmons as a brother, they too have had their ups and downs, which Stanley - again for the first time - describes in some detail.

With any book dealing with KISS – especially one written by the band’s greatest sex symbol - you’d also expect some stories about sex, and though Stanley talks about a few ex-lovers and groupies, he’s too much the gentleman and probably too respectful to his family today to take you between the sheets. One interesting tidbit he does share is that his first sexual experiences came when he was about 17 and were with much older women from his Queens neighborhood. The Starchild, we learn, had himself a “Mrs. Robinson” and a “Maggie May.” Actresses Donna Dixon and Lisa Hartman are noted as significant others who had stepped into his life, and it was on a date with British pop star and pinup girl Samantha Fox that he first saw the theatrical production of “Phantom of The Opera.” This would later have a tremendous impact on his life.


Stanley also talks about the frustrations of his first marriage, which he admits he rushed into as he approached the age of 40, and he shares the joys of his second marriage to his wife, Erin. She, and his four children, are the centerpiece of his life.


Throughout the book’s 456 pages, Stanley weaves effortlessly between tales of his personal and professional life. The stories about KISS are plentiful, and it’s fascinating to read his accounts of some of the most memorable moments in the band’s career. In doing so, he gives plenty of praise to those who helped launch that career, and when he feels necessary, properly deflects credit that he and Simmons sometimes get and that he feels is undeserved. He admits the band made some mistakes in handling the illness of drummer Eric Carr, who died of cancer in 1991, and he shares his frustrations with the band’s record label, particularly in the ‘80s. (Seriously, how could “Reason To Live,” from 1987, not have been a Top-40 hit? That’s me asking. Not Stanley.)  Fans here in Northeastern Pennsylvania will find humor in a story he shares about a 1974 show at The Paramount Theater in Wilkes-Barre (now the F.M. Kirby Center) and he talks candidly about how it didn’t take long after the band’s triumphant 1996 reunion tour with its original members for things to become unglued.


But again, it’s the unmasking of the playboy rock star image and his telling of how the scars of a tormented childhood stayed with him for decades that is most interesting. He tells the story of KISS playing a concert at Madison Square Garden in 1977, but rather than taking home some groupie after the show or partying with his bandmates, he went to a deli on 36th street and had some soup. Alone.


Stanley’s search for inner happiness, he reveals, didn’t really end until he was in fifties.


It was in 1999 during his starring role in the Toronto production of “Phantom of The Opera” that things began to change. Though he’d had plastic surgery in the ‘80s to help correct his ear deformity, he still felt a strong connection to the play’s maimed central character. A woman who’d seen his performance and knew nothing about his own prior condition wrote to him, saying she “had the impression I identified with the character in a way she hadn’t seen with other actors.” She then asked him to get involved with AboutFace, an organization that helps children with facial differences cope with their situations. Stunned by her astute observation about him, he reached out to her, got involved with AboutFace, and in many ways, helped transform his life. Helping others helped him heal. That, and the love for his wife, his children that he adores, and the strength of a revamped KISS, has brought Stanley to where he is today: a happy man, comfortable in his own skin.

In 1978, KISS’ original members all released solo albums on the same day. It was an unprecedented move in the record business. In the case of  their respective autobiographies, they spread the releases out over a 12 year period, with Stanley’s coming last. And though he’s admitted he was always the most reluctant to do so, with “Face The Music: A Life Exposed” it is he that probably revealed the most.


Alan K. Stout has covered rock and pop music in Northeastern Pennsylvania since 1992. He currently contributes stories to The Weekender, the region's #1 arts and entertainment newspaper, and his weekly radio show, "Music On The Menu," can be heard every Sunday from 9-10 p.m. on 105 The River (104.9-FM) in Wilkes-Barre/Scranton. Follow Alan's thoughts on music on Facebook at: