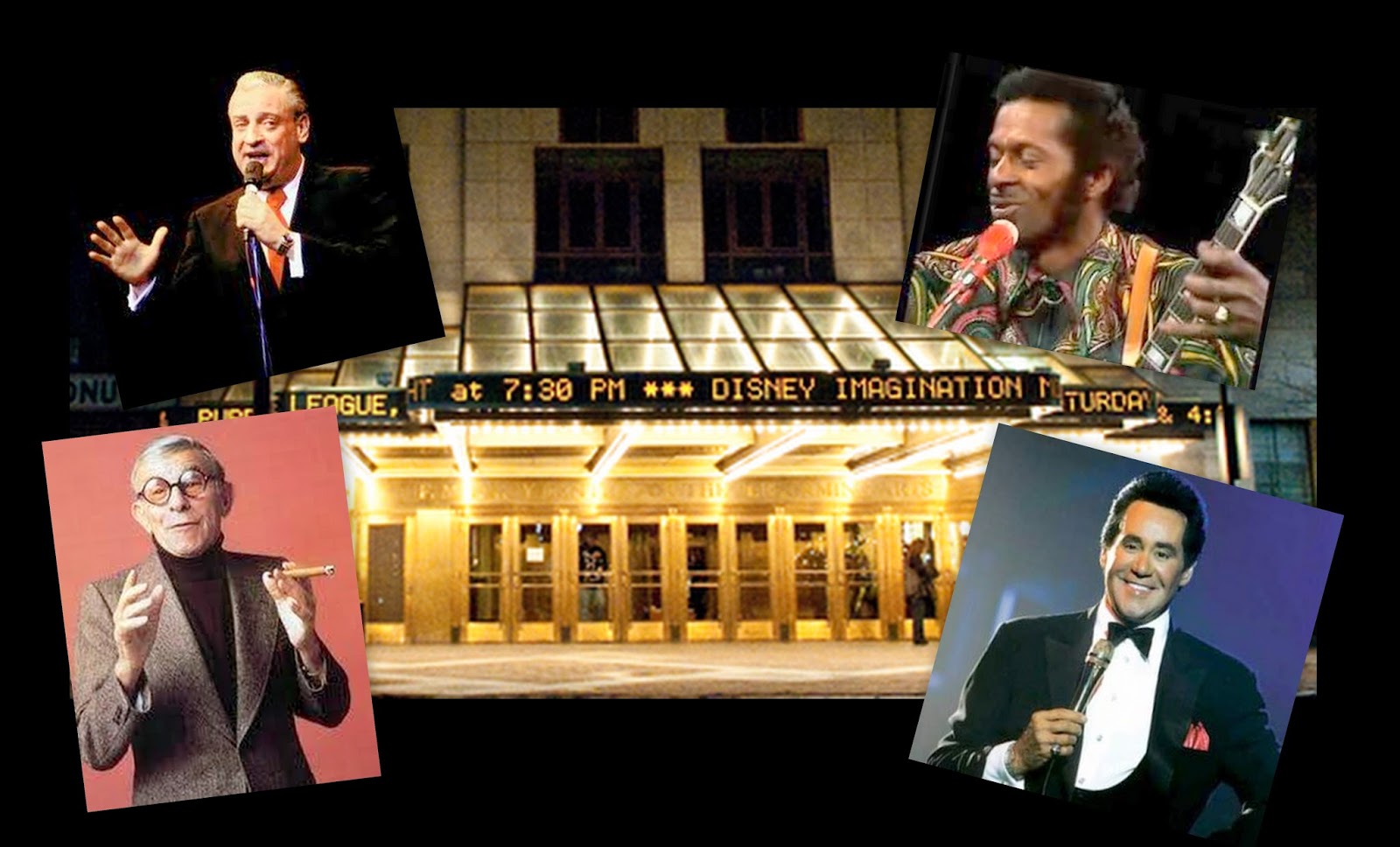 On its 10th anniversary, assistant GM looks back on those that have graced the Kirby stage
By ALAN K. STOUT
Times Leader Staff Writer
September 15, 1996


WILKES-BARRE -- From wonderfully warm, down-to-earth icons to pompous, ego-maniacs, John Cardoni has seen them all in his decade of work at the F.M Kirby Center for the Performing Arts. As assistant general manager and technical director of the venue, Cardoni has been dealing with some of the world's top entertainers for more than 10 years. Through it all, he's been charmed by George Burns, entertained until the wee hours of the morning by Rodney Dangerfield and slugged in the face by comedian Hal Roach.


One thing he makes clear, however - the good experiences have far outweighed the bad.


“There's some wonderful stories that come to mind,” says Cardoni, reflecting on the center's 10th anniversary this month. He says most of the big stars who have performed at the venue have arrived with no big, Hollywood attitudes, and offers as a prime example Wayne Newton's willingness to help hang the stage lights.


“Newton's lighting company's truck was held up somewhere south of Washington,” says Cardoni. “They'd had a blowout of a tire or something, so we decided we'd make use of the Kirby's lighting system for the event - which meant we had to re-hang all of the equipment.”


Cardoni says he and his crew, plus the union and road crew were discussing what to do when the star of the show arrived on the scene. “Wayne came up with a pair of blue jeans on and a crescent wrench in his hand and said ‘What can I do to help?’ ”


Rodney Dangerfield, says, Cardoni, is just as zany off stage as on.


“There's always something happening with him,” he says, telling the story of how he, Dangerfield and the show's promoter were discussing Dangerfield's interest in opening a few comedy clubs throughout the country. Dangerfield was asking about Wilkes-Barre, and Cardoni told him about a recently vacated restaurant right on Public Square.


“Oh, that would be perfect,” said Dangerfield. “We've got to go look at it.”


At 1 a.m., Cardoni, Dangerfield and the promoter headed out to the square, where Dangerfield enthusiastically began envisioning plans for his comedy club.


“Kids were cruising the square - this was a Saturday night - and they're yelling  ‘Hey, Rodney,’ ” says Cardoni. “ ‘Hey yourself,’ ”  he'd yell back. “I'm coming to Wilkes-Barre.' He just stood there yelling at kids as they drove by. We were out there until 2:30 in the morning before he finally wound down and said ‘OK, I gotta go have dinner.’ ”


“She was a lovely lady to deal with,” he says. “She very much treasures her privacy - but other than that - once she came into the building, she was demure. She introduced herself, went down to the dressing room, came up, hung out with the crew for a while, did her soundcheck - no different that the hundreds of artists that have been through here.”


Cardoni names pianist/comedian Victor Borge, who appeared at The Kirby in September of 1986, as one his favorite performers to grace the stage during the venue's early days.


“I've always admired Victor Borge from when I was a child watching him on television,” says Cardoni. “To actually have him here to perform was a wonderful moment for me, personally. He was remarkably pleasant.”


Cardoni says Borge also had a wonderful sense of dry wit and was obviously unimpressed with the Kirby's then brand new 7-foot grand piano.


“He walked over to it, played a few keys and said ‘Oh, look, a toy piano’ and walked away. That told me what he thought of that particular brand.”


“He behaved in such an unassuming way,” says Cardoni, “yet this is somebody that was probably responsible more than anyone for teaching the art of mime and mimicry in the world. Here he was in Wilkes-Barre - he just walked in the stage-door carrying his own suitcase.”


Cardoni says Bill Cosby packed a bunch of Abe's hot dogs for his return trip to Philadelphia, and David Copperfield's stage-smoke effects once set off the Kirby's fire alarms. “David didn't realize they were going off,” he says. “He though it was another sound effect from his show, so he just kept going.”

Of the hundreds of shows that Cardoni has helped produce at the Kirby, only two entertainers stand out in his mind as being extremely difficult. The first, he says, is rock 'n roll pioneer Chuck Berry.

Berry's contract, says Cardoni, was loaded with bizarre clauses designed to earn him extra cash. Berry required obscure musical equipment for each show, and if the venue didn't have it, they could rent it from him, which he conveniently carried on his tour bus. When Cardoni was able to come up with all of his demands, Berry seemed peeved.


“I admire Chuck Berry's music very much,” says Cardoni, “but his whole approach to this facility was that this was a backwater town and he was doing us a favor by coming in.”

Cardoni says Berry gave a shortened, generally lifeless performance and then stormed out of the building.


“He punched me flat in the mouth in the lobby,” he says. “He didn't want to pay his merchandising percentage of sales tax. The state of Pennsylvania requires tax to be collected on non-clothing items. I don't have any control of that. That's the law. I was about to turn to my house manager and tell him that we'd pay the tax and it wasn't worth arguing with this guy, and as I turned, he slugged me, grabbed his money, and ran to the dressing room and locked himself in.”


Still, Cardoni says that “two (bad incidents) out of 10 years and over 1,500 shows isn't too bad.” He describes the 1991 performance by the late George Burns as particularly special. In March of that year, Cardoni underwent open heart surgery and nearly died on the operating table. Following the operation, he was told he'd need up to 11 weeks of recovery time at home. But George Burns was scheduled to perform at the Kirby in April.


"I decided that this was an opportunity I didn't want to miss,” remembers Cardoni, setting the Burns show as his goal to return to work.

Without Cardoni knowing it, one of the stage hands had told Burns of his recent surgery and that it was his first night back at The Kirby.  Soon, Cardoni was being summoned to Burns' dressing room.

“I heard you had heart surgery,” the nearly 100 year old entertainer said. “Have a cigar, kid ...


(Originally published in The Times Leader in September of 1996 as part of the paper's coverage noting the 10th anniversary of the F.M. Kirby Center for the Performing Arts.)