Farewell to The Times Leader/The Weekender 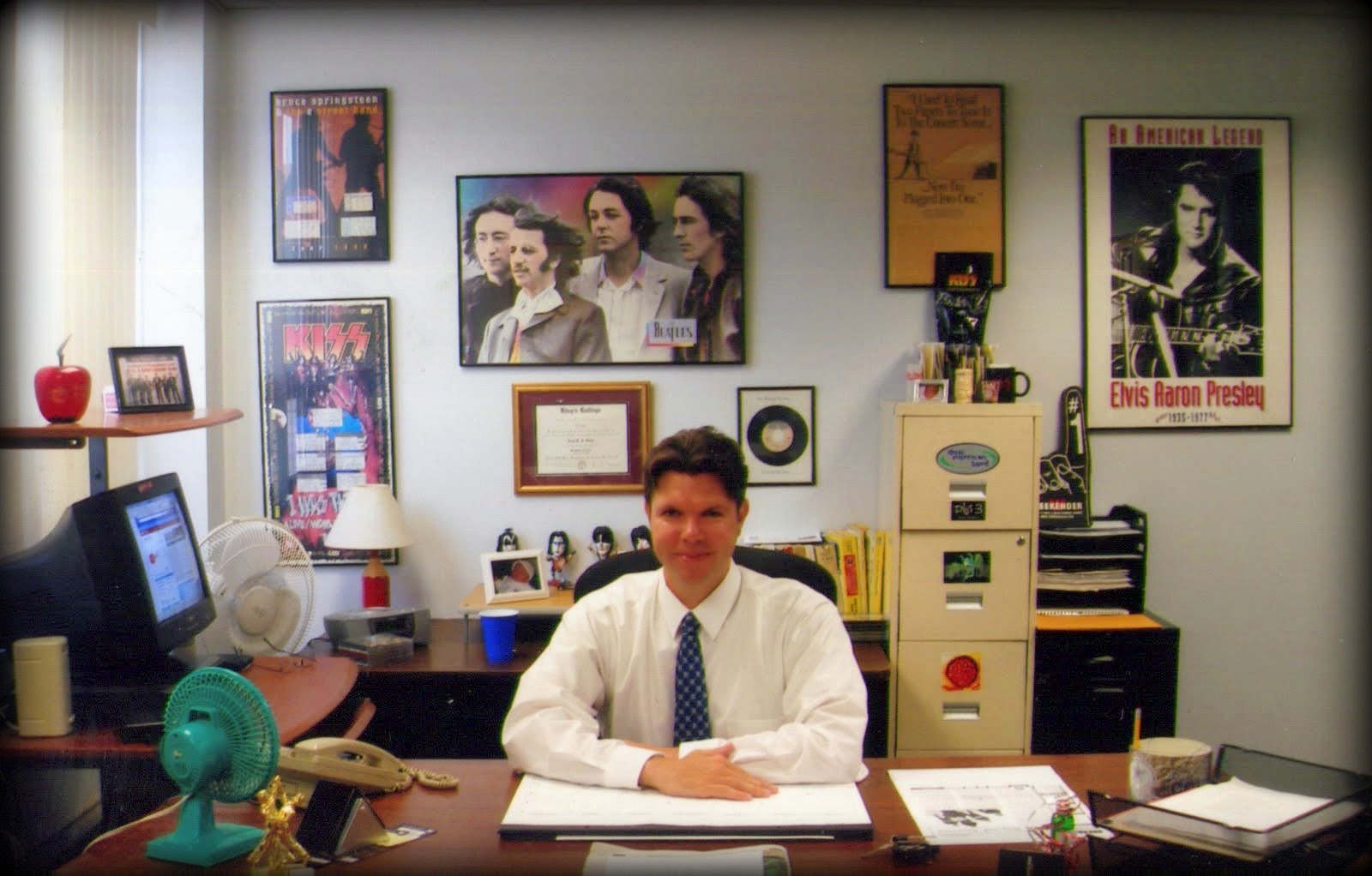 Earlier today, after more than 18 years as a full-time employee, I gave notice that I am leaving The Times Leader to accept a position with Big Brothers/Big Sisters of The Bridge and Catholic Social Services. The position is Development Coordinator. Most of my work will be with the Big Brothers/Big Sisters Program and will involve marketing, event-planning and fundraising. I will remain at the newspaper until Nov. 18 and will begin my new position on Nov. 21. Coincidently, I worked with Big Brothers/Big Sisters earlier this year with "Concert For A Cause 9," and while I always had a great appreciation and respect for the work that they do, that increased even more when I learned more about the program through CFC. Apparently, they also liked me, and when this position recently became available and I expressed an interest, things moved rather quickly. I am looking forward to this new chapter of my life, working with some fine people, and through that work, helping make a difference in people's lives.

The Times Leader and The Weekender have been my home away from home for most of my adult life. I love the newspaper business and the people that work in it and I am proud to have been called a journalist for the past 19 years. I started off as a correspondent in 1992, was hired as an editorial assistant in 1993 and was promoted to the features department in 1995. In 1994, I was given my own weekly column, "Music On The Menu," which I have written for 17 years. In 2000, I was named Music Editor of the features department, and from 2005-2007, I served as editor of The Weekender. Amid all of that, I also covered news, wrote community news features and sports features, wrote editorials, worked on the copy desk and helped launch "Concert For A Cause" and the "Weekender/Mountaingrown Original Music Series." And for five years, I ran the Newspapers In Education program, which is very dear to me and is a program that I believe in very much.

I am proud of all of this work and appreciate the opportunities the paper has given me. In turn, I was happy to have been able to help the paper win awards in both journalism and circulation, and newspaper readers in Northeastern Pennsylvania voted me their favorite writer several times. My former boss, Joe Butkiewicz, always told us, "It's always about the readers," and I am very grateful to them for allowing me to be a little part of their lives for so many years.

And again, I want to thank The Times Leader. Just last year, we launched a new weekly feature, "MEET," which I have thoroughly enjoyed. And I was very flattered to be asked to be a member of this year's Endorsement Board for the upcoming election. I learned something new from every position I held. And the combination of writing, marketing, fundraising, community relations and event-planning skills that I acquired has allowed me to broaden by horizons, and, in essence, present me with this new opportunity.

Some of the years I spent in the newsroom covering music will stay with me for the rest of my life, as it was probably the most exciting time we've ever had for live music in this region. The new arena was built. The new Montage amphitheater was built. Nightclubs all over NEPA were packed four or five nights a week with people going out to see local bands, some of which went on to have national success. For a while, the local music scene was so vibrant that, in 1994, we launched The Times Leader's "Sound Choice" readers' poll, which our readers loved, and I sometimes felt as if - through my work - I was in the center of it all ... writing about the music, celebrating it and trying to promote it. And amid all of that, I was fortunate enough to interview some of my favorite musicians of all-time, from Eddie Van Halen to Steven Tyler to Billy Joel. But what I loved the most about that time - by far - was the friendships that I made, many of which will stay with me for the rest of my life. There are people out there that play in local bands and that have owned local clubs that are like family to me. And that means more to me than you can possibly imagine.

Many of the people that I have worked with at The Times Leader and The Weekender have also been very important to me. I worked for four different publishers and I liked them all. I worked for several editors, and people such as Mary Therese Biebel, Paul Gallagher, Chris Ritchie and Joe Butkiewicz had an incredibly positive impact on my life. Joe B. served as my supervisior on two different occasions, and you will not find a more decent man in the newspaper business or a better mentor. While running the NIE program, I worked in the circulation department and also became close with its staff. And our supervisor, Dick DeHaven, is among the greatest bosses I've ever had. Another wise, fair and decent man. There are too many co-workers to mention here by name that I am so fond of. Some have also moved on. Some are still at the paper. They know who they are. And I hope to tell them all how I feel about them over the next few weeks.

These are the things I am thinking about today. I am thinking about the exciting new work I will be doing with Big Brothers/Big Sisters, and as anyone would do, I am thinking back on all of the wonderful opportunities I was given at The Times Leader. I literallly grew up there. I got my first apartment while working there, later bought my first home, and for the past five years, I have supported my family because of my work there. It was a good job and a nice place to work. I leave on great terms and I hope to continue to do some freelance writing for both papers. Once you have written for a newspaper, it's in your blood. I will also continue to host my Sunday night radio show, "Music On The Menu Live," on The Mountain, will host the monthly "Mountaingrown Original Music Series," and will occasionally blog about music. My love for the original music being created in NEPA is as strong as ever and I will continue to support it.

Now, as I move on to a new chapter in my life, I again want to thank my readers and I again want to thank The Times Leader and The Weekender. I will remain a loyal subscriber and reader. And I must thank Big Brothers/Big Sisters for this exciting new position. The work they do is both important and inspiring, and I am very proud to be a part of their team.

Trust me: you'll still be seeing me around.

(P.S. Some of my friends might be interested in the little slideshow linked below with some photos of the good times I've had at The Times Leader and The Weekender. And of course, it's set to music. What a great ride. THANK YOU.)