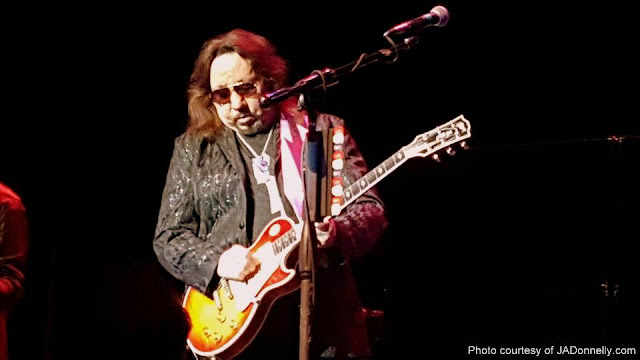 
WILKES-BARRE - One day after his knockout performance on Friday night at the F.M. Kirby Center, Ace Frehley was trending on social media around the globe, with everyone from TMZ to Rolling Stone magazine noting that the former KISS guitarist was in Wilkes-Barre, Pennsylvania. Frehley, it was widely reported, was taken to Wilkes-Barre General Hospital immediately after Friday’s show -  a show that he cut short by two songs – and was being treated for dehydration and exhaustion. And with that breaking news, the more than 1,000 fans that were at the concert suddenly knew why there were no encores. And if some were originally miffed at the beloved Spaceman, all was then understood and forgiven.

Considering Frehley, who will turn 65 next week, had just recently flown to Los Angeles to shoot a music video with former bandmate Paul Stanley, and had just played three shows in New York, and had spent several hours on Friday afternoon signing hundreds of copies of his new album for his fans at a Wilkes-Barre record store, his fatigue would seem to be quite justified. And considering all of those factors, his performance was thus even more impressive.


Frehley opened the show with “Rip It Out,” the opening track from his milestone 1978 solo album, and followed with, “Toys,” a Zeppelin-esque  number featured on his 2014 “Space Invader” CD.


“Wilkes-Barre! It’s nice to be back!” shouted Frehley before tearing into a torrid performance of 1977’s “Rocket Ride.” And for Frehley, it was indeed a return to Northeastern Pennsylvania. He had performed solo in the region in 1985 and 1987, twice in 1995, and with KISS in 1975 and 2000. And, interestingly, he had performed at the F.M. Kirby Center – then known as The Paramount Theater – with KISS, twice, in 1974. For his ninth visit to the area, he peppered his set with songs from his time with KISS and from his solo catalog.  There was a riffy rendition of “Strange Ways,” a pounding performance of “Snowblind” and a fiery offering of “Love Gun,” sung by drummer Scot Coogan.


Frehley’s latest solo album, “Origins Vol. 1,”  which was released on Friday, features covers of some of his all-time favorite artists, including Jimi Hendrix, The Rolling Stones, Led Zeppelin and Free. At the show, he performed Thin Lizzy’s “Emerald,” which is featured on the album. “Parasite,” originally recorded by KISS, but sung by Gene Simmons, also appears on the album. Frehley not only rocked it - his way - on the record, but also placed the song in Friday’s set. He followed with a funky rendition of “New York Groove” and a gritty performance of 1989’s “2 Young 2 Die,” sung by guitarist Richie Scarlett. There was also a dazzling bass solo by Chris Wyse.


Of course, the most anticipated solo of the night came from Frehley, who tore it up on his trademark smoking Les Paul following a bombastic performance of “Shock Me.”  He closed the show with “Cold Gin.” 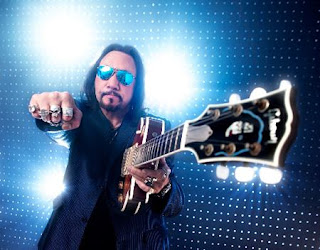 With the house lights dimmed, the crowd wanted more. Chants of “Ace! Ace! Ace!” filled the theater. But after quite a few minutes, the lights were on and house music filled the air. Show over. Frehley, who had been ending his concerts with “Detroit Rock City” and “Deuce,” did not return. Clearly, the audience was confused and disappointed, but what we now know is that Frehley was barely able to finish the set, and that shortly after leaving the stage, he was on his way to a hospital. And so, after entertaining his fans for 42 years, Frehley gets a pass on no encores. If anything, the Rock and Roll Hall of Famer – who will celebrate 10 years of sobriety this year – may have earned even more respect from his audience. The man was tired and not feeling well. It had been a long week and a particularly long day. Yet, just minutes before heading to Wilkes-Barre General, he was singing “Cold Gin” with plenty of zest.


Ironically, earlier in the night, Frehley had performed the fan-favorite, “Rock Soldiers.” It is a term that he sometimes uses to describe his fans.


On Friday night in Wilkes-Barre, he was one.


(Alan K. Stout has covered rock and pop music in Northeastern Pennsylvania since 1992. His music-related stories appear in The Electric City. His weekly radio show, “Music On The Menu,” airs every Sunday night from 9-10 p.m. on 105 The River. Reach him at musiconthemenu@comcast.net)