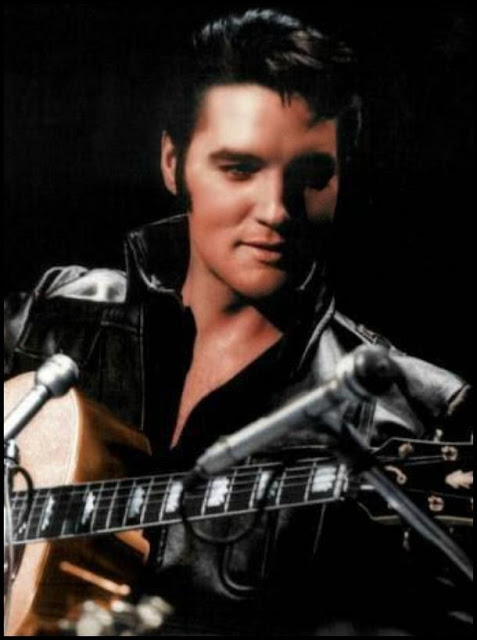 40 years after his death, his legacy reigns supreme

He’s been gone now for almost as many years as he lived. Elvis Presley died 40 years ago today. He was only 42 years old. He spent about 20 of those years living a remarkable life in the public eye. He was the biggest superstar the world has ever seen.

Lots of things come to mind when I think of Elvis. Some of my first memories of my life are of sitting with my grandfather and listening to Elvis Presley records. By the time I was in the first grade, I was already a fan. I recall watching his legendary “Aloha from Hawaii” concert on television, which was the very first satellite concert of its kind and was reportedly watched by more than a billion people around the world. At age 6, I was one of them. And I remember, just a few years later, on August 16, 1977, when my mom had to tell me that Elvis had died.

Seeing the public’s reaction to Elvis’s death, though I was just a kid, is something I’ve never forgotten. To this day, four decades later, I’ve never seen such shock and grief over the death of a celebrity. I recall, on the night that he died,  watching some of the extended news coverage on television and feeling a great sense of loss. And when I think back on that now, and about all of those people who were at the time, 20 or 30 years older than me, and had literally grown up with his music, I guess I can see why. He was their brightest star. He was the one that gave them rock and roll. He was still making hit records and touring the country. And suddenly, like the supernova that he was, he was gone.

Thankfully, however, his music was not. And since he has passed on, I’ve discovered so much more of it, and today I’ve got about 90 of his songs on my iPod.  At Sun Studio, he gave us “That's All Right" and "Mystery Train." When he first signed with RCA, he gave us "Heartbreak Hotel," "Don't Be Cruel" and "Jailhouse Rock." Not long after that, at the height of his career, he got drafted and served in the United States Army.  And as soon as he got home, he gave us some his best work, including "His Latest Flame," “It’s Now Or Never” and "Are You Lonesome Tonight." He spent much of the ‘60s as a movie star, but towards the end of the decade - when he got back to making great music - he gave us "Kentucky Rain," “Suspicious Minds” and "If I Can Dream.” His stunning rendition of  "Bridge Over Troubled Water" just might be his finest vocal performance, and even just weeks before his death, he was still nailing challenging songs such as "My Way" in concert.

Elvis's health, due to his own vices, failed him.

His voice never did.

John Lennon once said, “Before Elvis, there was nothing.”  It’s a funny quote, because there was, of course, plenty of civilized societies long, long before Elvis. But I get what Lennon was saying. Some of the things that I love the most in this life – such as music – which resonates with me and speaks to me like nothing else ever has, would not be the same without Elvis. All of those years that I worked at a newspaper writing about bands and covering concerts and interviewing rock stars would not have happened – and I am quite certain of this – if it were not for Elvis. The radio station that I work at today would not exist if it were not for Elvis. So many things that so many of us enjoy every single day would not exist if it were not for Elvis. And the truth is, if you enjoy rock and pop music in any way at all, you should thank him.

The words "changed the world' are grossly overused. They are used far too often when discussing people and events that surround pop culture. Very few things actually change the world. Elvis Presley did. And by offering everything from rock to pop, country, blues and gospel in his music, he showed that music, at its best, should have no boundaries.

When Elvis first walked into Sun Studio, they asked him who he sounded like.

I finally made it down to Graceland a few years ago.  I toured Elvis’s  house and saw his stage outfits, his cars and his airplane. And I placed a flower on his grave. Today, they are expecting up to 100,000 people there. Just think about that for a moment. How many artists today, doing a live concert, could draw that many people? It’s a very short list. And yet today, that many people will gather simply to pay respect to a man who has not sung a song in 40 years.  And, by sharing some of my thoughts on him here today, that’s what I’m trying to do as well. Show him some respect.

He’s been gone now for almost as many years as he lived, and though Elvis Aaron Presley may have left us 40 years ago today, so much of what he was will never really die. He is with us now and forever in music. And he will always be our one and only King.

(Alan K. Stout has covered rock and pop music in NEPA since 1992. His weekly radio show, “Music On The Menu” airs Sunday nights from 9-10 p.m. on 105 The River in Wilkes-Barre/Scranton. His commentaries on music and concert reviews are published by the Bold Gold Media Group.)