Flannery’s ‘Under The Covers’ brings area musicians together 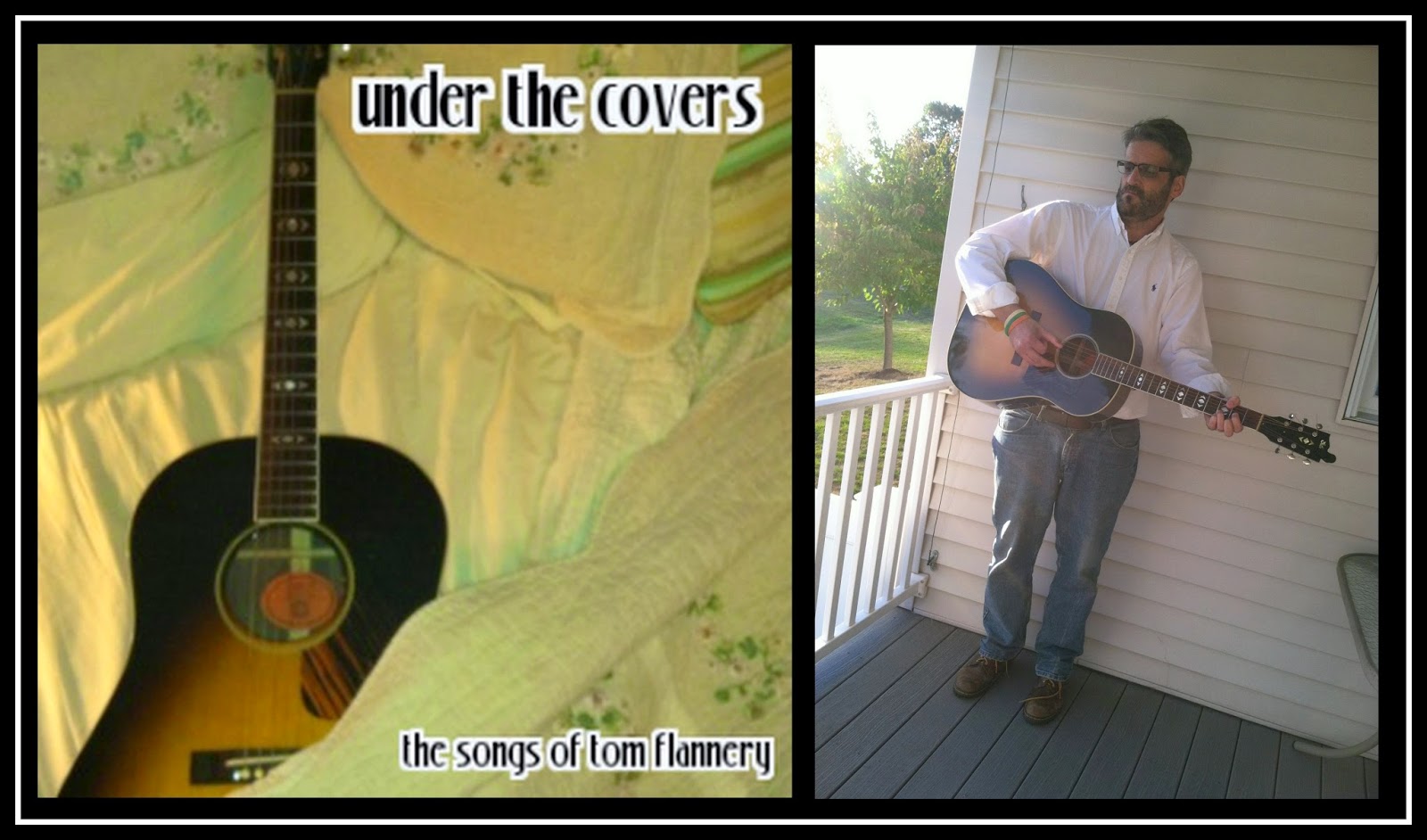 He wrote the songs. Other artists performed them. And that’s just what he wanted.

Songwriters can often be quite protective of their songs. They don’t like producers tweaking them too much, and sometimes, they don’t even like other artists to cover them, even if it’s being done as gesture of respect. When The Foo Fighters once covered a Prince song, the famed Purple One famously told them that they should stick to writing their own music.


The attitude of local songwriter Tom Flannery, however, is quite the opposite. And for his most recent album, “Under The Covers: The Songs of Tom Flannery,” he was not only pleased to hear other artists perform his songs, but he was the one that asked them to do it.  Though he’s been recording for more than 15 years and has released an impressive body of work, for this album, he decided to take his hands off the wheel. He reached out to some fellow musicians that he admired, gave them his songs, and asked them to have at it.


“I’m not really playing on it at all,” says Flannery. “I basically just handed them off. I just gave them a rough demo. And that’s what made it really cool. I told everybody the same thing. I said ‘I’m not just asking for ‘guest vocalist.’ If I give you a demo of a song, what I want is for you to take it and turn it into your own.’  I didn’t want a mimic of my demo. I told them to feel free to change the key, change the tempo, change the phrasing … all I asked was that they keep the melody mostly the same, and keep the lyrics the same.”


Flannery is a native of Dunmore and resides in Archbald.  “Under The Covers: The Songs of Tom Flannery,” is his seventh album. Six of those releases were solo efforts and one was recorded with the band The Shillelaghs. His first record, “Song About A Train,” was released in 1998. He’s also been a respected playwright, one of which, “The Driveway,” was directed by the late Pulitzer Prize winning dramatist and Academy award nominated actor Jason Miller. His latest album was recorded at his home studio and at the studios of those that performed on it.


Artists contributing to the album include Kris and Julie Kehr, John Canjar (Nowhere Slow), George Wesley, Asialena, Bret Alexander (The Badlees, Gentleman East), Lorne Clarke, Neil Luckett, Michael Jerling, Tim McGurl, Joe “Wiggy” Wegleski (Jigsaw Johnny, Jugdish), Shannon Marsyada, Josh Pratt, Van Wagner and Lisa Moscatiello. Only one track, the final one on the record, is sung by Flannery. Flannery says he loves how those that contributed to the project put their own stamp on the tracks. For some sessions, he wasn’t even there.


“With Bret Alexander’s track, that’s all him,” he says. “I’m not on it at all. He did it all at his own studio. I play guitar on Asialena’s track, and aside from that, and the last song, that’s the only track I’m on. People said, ‘You wrote a reggae track for George Wesley,’ and I said, ‘No, I wrote a song for George Wesley.’ That’s just what George does.”


Flannery says he was a fan of every artist that he asked to appear on the CD, and that with many of them, he had previously developed a friendship. Still, despite being familiar with their work, he was still surprised at the results.


“The song that kicked it off was the one with John Canjar,” he says. “I’ve known John since he was a teenager, and he’s just an incredible talent. And he came over and just killed it. People were like, ‘Man, that’s really special,’ and I was like, ‘Yeah, it really hits.’ It was the coolest thing. I sent him a demo, and he came up with some of the guitar on his own, and he did it in one take. I could have never done the song the way he did it. He made it a better song. And I had a similar reaction to almost everything.”


In addition to simply being interested as to how other artists would interpret his work, Flannery says another reason he took the hands-off approach to the album was because he was tired of singing. He is grateful to everyone that participated.


“They didn’t have to do it, but they did,” he says. “I always considered myself a songwriter first and a performer just by default. I can play the guitar, but I was never crazy about my own voice. So I wondered if this was something that people would be interested in doing. And the response blew me out of the water. I did not expect the type of response and the performances that I got. It kind of blew my mind. The songs - what these guys did with them - it just turns it up a notch. It’s now difficult for me to sing these songs myself, because you have these versions in the back of your head, and you think ‘I can’t touch these.’ If somebody asked me for my best batch of songs, or asked what I was like as a songwriter, this is probably the record I would give them.”


"Under The Covers: The Songs of Tom Flannery’"is available at  www.tomflannery.com

(Alan K. Stout has covered rock and pop music in Northeastern Pennsylvania since 1992. His weekly radio show, “Music On The Menu,” airs every Sunday from 9-10 p.m. on 105 The River. This story also appears in the October 15, 2014 edition of The Weekender.)