A PINK RIBBON FOR SORAYA

It was February of 1996, and as the music columnist at The Times Leader at the time, I was off to cover another event. At that point in my career, I'd already been reviewing shows for about four years, and even prior to that, going back to my early teens, I'd been to a lot of concerts. I enjoyed it, but it seemed pretty rare at that point to experience something at a show that really surprised me.

This night, however, would not be typical. On tap on this particular winter evening was Natalie Merchant at the F.M. Kirby Center in Wilkes-Barre. I showed up, as always, with a notebook and pen and a deadline to file my story. And it was to be one of those special nights when the unexpected happened.

It was one of those nights when the opening act - an artist that I had never heard of before - left me awestruck.

Her name was Soraya. She was on Island Records. And obviously by landing a spot on the Natalie Merchant tour, things were starting to go her way. Her songs were captivating. Her voice was beautiful. She was charismatic, yet in a subtle way, and her entire performance was completely engaging.

The next day, I was on the phone with Island Records, asking that they send me a copy of her CD, "On Nights Like This," and her bio. I wanted to write about the record and, hopefully, turn some more people on to an up and coming artist that I felt deserved to be heard. And that's exactly what I did. 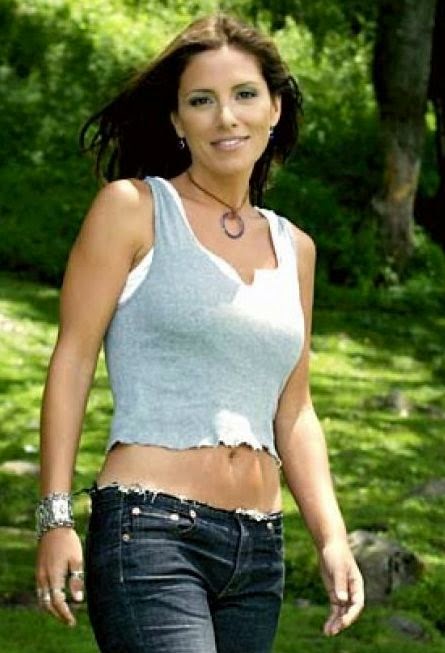 The album, like her set at The Kirby, was fabulous. I gave it one of the most positive reviews I'd ever written. I thought, for sure, that she would soon become a star, especially considering this was around the time of the "Lilith Fair" and what was really a golden era of music for female singer/songwriters.

"A dazzling-yet-grounded performer with a smile that could stop rush-hour traffic, Soraya's performance was refreshing, inspiring and utterly captivating ... The album is a breezy collection of romantic, acoustic-based ballads that celebrate life's joys, questions its dilemmas and mourns it sorrows .... Her stirring music deserves even more attention."

Though she did later have some commercial success, most of you have probably never heard of Soraya. Adding to her many talents, she was also a bilingual artist, and thus most of her success came on the Latin charts. She also later won a Latin Grammy for "Best Album by a Singer-Songwriter."

I admit I didn't know any of that until recently. Back in '96, I simply loved her show at The Kirby, loved her album, told the readers of the newspaper that I wrote for about her music and - like people often do when they think they've found something special - I played it for some friends. I also remember talking to a colleague who was the program director of an adult contemporary radio station, and him telling me how he too was pretty blown away by her performance in Wilkes-Barre, and that he too thought we'd be hearing a lot more from her in years to come.

Again, however, that never really happened. And, believe it or not, that doesn't surprise me. Big record labels often seem to have a knack for signing great artists, but then never really helping them break through to a wider audience. She was also signed around the time of the Polygram/Seagrams sale, when what is now Universal Music gobbled up most of the music industry and, unfortunately, didn't properly develop some of their best talent. But again, in fairness, she did later go on to do very well in other parts of the world.

As the years went by, I lost track of Soraya. But I always kept that wonderful CD of hers, and one day recently, I decided to Google her to see what she was up to. And I was stunned at what I learned.

The same illness had also claimed her mother, grandmother and aunt.

Being that this is national "Breast Cancer Awareness Month," I thought I would honor her memory by sharing her story and posting my favorite song from that fine album that I wrote about 16 years ago. Breast cancer has also touched my family, and it has touched the lives of my friends and co-workers. Some have survived it. Some have not.

This blog is my pink ribbon for all of them, and to Soraya. Please listen to this piece of music that I've posted here and know that the artist that wrote it and sang it - like so many of the people that you may have known in your own lives - should still be with us. Please support agencies that fund breast cancer research, and please remind the women in your lives to go for their yearly exams.

Soraya left us with the gift of her songs. And though she's now gone, we can still, in a way, give her something back. We can still listen to those songs, and while doing so, remain dedicated to curing the illness that took her life.


What a voice she had. What a beautiful voice.